To build a VPN service with a customisable router appears to be a no-brainer as they both target the same audience and in this particular case, the WRT 1200AC and ExpressVPN make a great pair.

Like pretty much every other piece of computing hardware, routers have reached a maturation peak with very little disruptive innovation now happening.

Some vendors are trying new things to differentiate themselves from the rest of the competition, often by offering fine-tuned, bespoke services.

Certainly, it came as a surprise when one VPN provider, ExpressVPN, offered to send us the Linksys WRT 1200AC router with its services baked in by way of a customised firmware.

Note that in our case, the router was already preconfigured, but owners of the WRT 1200AC or the WRT 1900AC/S (the only two Linksys routers that support the native ExpressVPN option) will be able to install this particular firmware.

A couple of points here: changing the firmware of your router is not for the faint hearted and there’s a small chance that you could brick (break) your device during the process.

Doing so with a third-party firmware will invalidate your warranty although you can always go back to the original Linksys firmware.

ExpressVPN told us that, while this is the case, Linksys has done a good job to make this device a lot more reliable than anything else on the market. 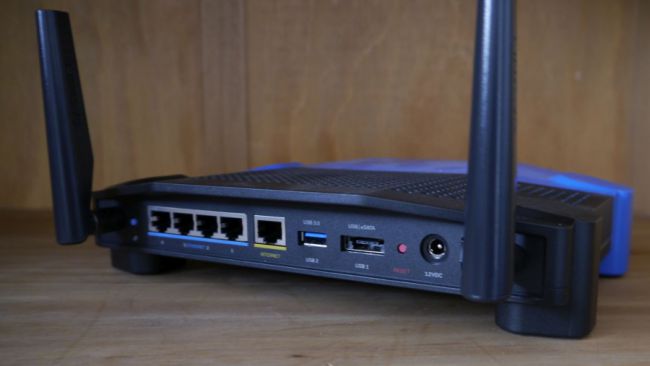 Speaking of the WRT 1200AC, this is a relatively mature device that was launched well over a year ago; although the one that was sent to us is the v2 incarnation.

You can nab it for as little as £102 (around $125, AU$165) including delivery from online retailer Ballicom

Those who have used the now legendary WRT 54xx series will recognise the device’s blue-black colour scheme. The WRT 1200AC is the heir to that line with some pretty bold lines and a futuristic design.

There are plenty of holes in its enclosure, a sign that the hardware inside may well get warm under near-constant use. As expected, it sits comfortably on four big plastic feet and carries two detachable antennas at the back.

As with the vast majority of routers on the market, there are plenty of status lights up front (11 in all), a lot of ports at the back, and all the admin details about the router are on its base.

Overall, the 1200AC has a very solid feel to it with an air of nostalgia; it won’t wobble or fall off a flat surface thanks to a low centre of gravity.

The original router had 256MB of RAM while the new version 2 we evaluated doubles that to 512MB. There’s still a Marvel 88F6820 ARM system-on-chip at its heart, a dual-core model clocked at 1.3GHz. It has a theoretical maximum transfer rate of 300Mbps on the 2.4GHz band and 900Mbps on 5GHz; you can of course use both at the same time, depending on your devices. 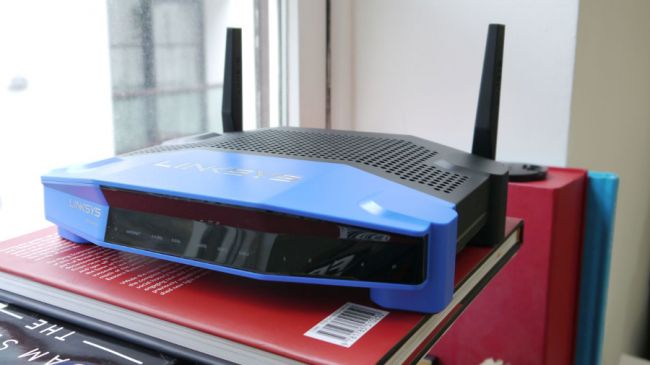 Note that the WRT 1200AC incorporates beam forming technology which means that it can focus its wireless signals on devices connected to it.

At the back of the router you’ll find a switch, a reset button, a power connector, one USB 3.0 port, one eSATA/USB 2.0 connector and four Gigabit Ethernet ports.

You must have an ExpressVPN subscription for the VPN to work, something that can cost you as little as $99.99 (around £80, AU$135) for a year. You’ll need to enter your 23-digit activation code to use the router, and the VPN service will work on all the devices connected to it.

You will not need a subscription to use the router if you do not plan to use the VPN service, but presumably if you’re buying this product, you’re doing so for the bundled VPN. Still, if you change your mind down the line, the hardware will still work without the subscription.

Linksys also encourages you to register for its free Smart Wi-Fi service which allows you to monitor and manage your router using a mobile app from anywhere in the world. Very useful if you want to reset or troubleshoot when you’re not physically near the device.

The router’s user interface is well laid-out with some clear options that even include a speed test feature, one which connects with the popular Speednet service. You can configure the modem to run on OpenWRT or DD-WRT, two popular alternative router operating systems. 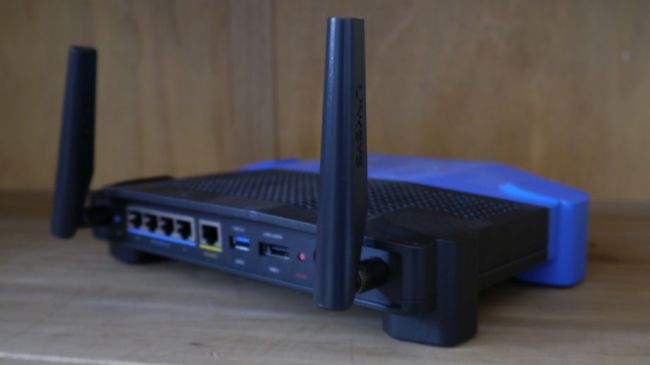 This, however, would require you to get rid of the ExpressVPN firmware (which is itself a customised version of OpenWRT).

While ExpressVPN usually enforces a limit of three simultaneous connections per account, that limit doesn’t hold for this router, and as we mentioned earlier, you can connect as many devices as your broadband can support, a real boon for households with loads of devices.

It’s worth noting that the only type of split tunnelling support is VPN (single location) or No VPN. Individual devices cannot have individual servers.

Connecting the router to our existing Virgin Media Superhub 2ac directly (without switching on the router mode) worked, with the WRT 1200AC consistently providing a better browsing experience than Virgin Media’s bundled router.

There are two parts to this verdict. The first pertains to the router itself which is a decent model that delivers a strong showing in terms of transfer rate and stability.

The user interface and the free mobile app are a welcome change from what you usually get with the router bundled with your broadband line. Sure, it doesn’t have features like MU-MIMO or triple band but then again, it is a £102 (around $125, AU$165) router and one of the cheaper AC1200 models.

And secondly, as for the ExpressVPN option, it is unfortunately a flawed one as it invalidates the hardware’s warranty (as confirmed by Linksys). If you’re happy to take this risk, there’s one incentive and that’s the fact that everything is done transparently.

Experienced users can always install VPN clients on their own devices and swap between providers as they see fit, either because features have evolved or they feel they could get better value-for-money elsewhere.